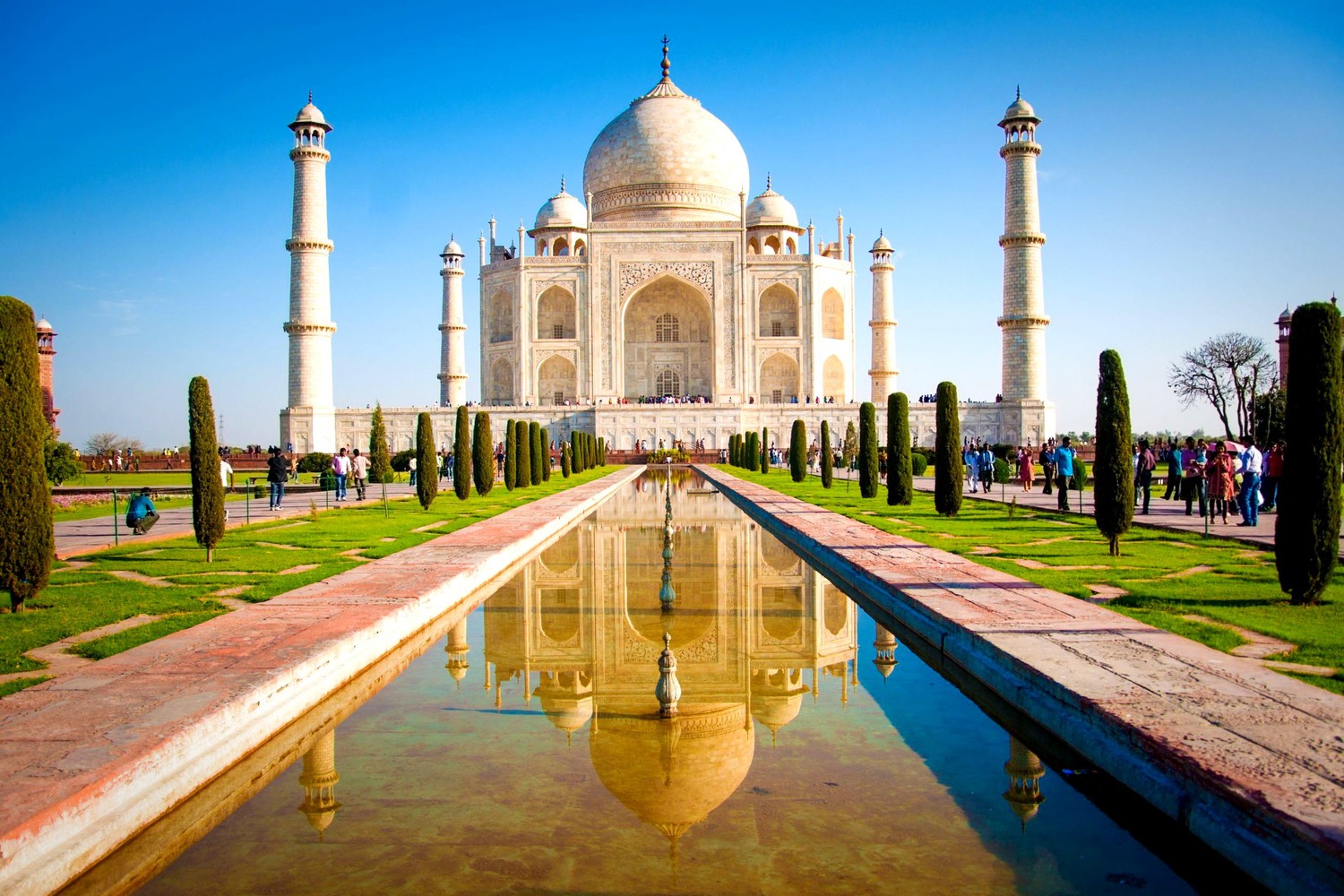 Places in Thailand that you will bewitch you with their natural beauty. Reputed for its splendid, powdery beaches and shimmering blue waters, Thailand has mountains to the north, thick forests, a plateau region and river valleys with the Chao Phraya and Mekong flowing through it. It has a tropical climate and at certain times you can get discounted room rates. Thai people are known for their generosity and hospitality.

Thailand officially the Kingdom of Thailand formerly known as Siam, is a country located at the centre of the Indochina peninsula in Southeast Asia. Get ready to catch the flight for the Thailand Holiday Package!

After receiving the guests at the airport, the representative would check them into a hotel!   Invariably, every Thailand holiday includes a visit to the kingdom’s capital city, Bangkok, or Krung Thep, or “the city of angels” as it is known to its inhabitants.  Many tourists who travel to this city are immediately overwhelmed by its sheer size and the panorama it has to offer. Amazingly, for tourists, the capital has a feast of attractions to offer, as it is dotted with glittering Buddhist temples of great beauty,  magnificent palaces, classical dance performances, canals, and the Chao Phraya River, the `River of Kings’, which winds through the city, defining Bangkok  truly as the `Venice of the East’.

The first day starts after a short rest at the hotel! Nearly every Bangkok holiday includes a visit to Thailand’s Grand Palace, arguably the premier sightseeing attraction, situated in the heart of  Rattakosin district, as the gleaming spires of the Grand Palace are conveniently located nearby the most spectacular temples, including the temple of the Emerald Buddha (Wat Phra Keaw), the Temple of Dawn (Wat Arun) and Wat Po, which features an enormous reclining Buddha and was home of the first Thai massage centre.  along the Chao Phraya, the “River of Kings”, which passes alongside Rattakosin and the Temple of the Dawn. The winding Chao Phraya is connected by numerous canals from which Bangkok has earned its nickname as the `Venice of the East’ when tourists move around the city, take a cruise on the Chao Phraya, and visit the floating market, or undertake an exploration of the cities `back alley’ canals (klongs) which are wonderously magnetic for the visitors. Other historical and cultural sightseeings, are the National Museum, Vimanmek Mansion and Suan Pakkad Palace, all of which either house fine art or are national treasures in their own right! In awe of these fantabulous sights, return back to sleep at the hotel!

After breakfast, the day starts with a visit to the Golden Buddha, officially titled Phra Phuttha Maha Suwan Patimakon is the world's largest solid gold statue. It is located in the temple of Wat Traimit, and the Wat Benchamabophit Dusitvanaram is a Buddhist temple in the Dusit district, also known as the marble temple, it is one of the city’s most beautiful temples and a major tourist attraction. Beyond the historical districts, there are plenty of other attractions that make a Bangkok holiday both enjoyable and memorable as  a modern and convenient electric rail system, including an elevated sky-train and underground subway have made travel in the city both easy and comfortable,  connecting hotels directly to modern shopping malls and traditional markets, such as the Suan Lum Night Bazaar and Chatuchak  weekend  markets, thereby literally elevating the city shopping areas to world class status. Overnight stay at the hotel!

Arrival in the morning and after checking into a hotel, start a pleasurable sojourn! Hua Hin, meaning `Stone Head’, named after the rocks on the sand beaches, is one of Thailand’s premier beach resort towns on the Gulf of Thailand, making it one of the most popular weekend getaway destination for city residents, a resort equally popular with young couples, tourists and Thais. It is also the location of the King of Thailand’s summer palace Klai kang Won `Far from Worries’, featuring a powdery  sand beach, numerous seaside restaurants, a lively night market, numerous beach activities, some great inland activities and also offers some of the best spa retreats in the world. Just down the coast at Takiab Bay, visitors can take seaside horseback rides and visit a hill top temple with a spectacular view! Contains a vibrant night market! Rocked by these views, put yourself to sleep at the hotel for the night!  OR ANOTHER OPTION/INSTEAD:

Arrival in the morning and after a short rest at the hotel, the journey begins! Phuket has a lot more to offer its visitors than its natural heritage of sea, sand,sky beach, forest and world renowned diving sites. Sino-Portuguese architecture casts its spell delighting travellers to the city while its style of hospitality has always succeeded to impress travellers from all walks of life! Everyday tour buses packed with thousands of tourists leave this island for the daylong sightseeing trip to Phang Nga Bay, often stopping at the popular Monkey Caves to see the large reclining golden Buddha inside theCaves and the large flocks of monkeys outside. After this, they travel by a long tail boat for lunch to Koh Pannyi, a floating Muslim fishing village, following which they head for the prime attraction known as the James Bond Island. Overnight sleep at the hotel!

Arrive at this destination in the morning and after checking into the hotel look forward to one of the honest beach destinations that is Pattaya, which may not be idyllic but makes up for it in the form of a wide variety of activities, comfortable accommodation and night life venues. A popular beach resort with a seedy night-life attracting tourists  to windsurf, water ski, swim, sunbathe, snorkel, sail  bungee jump, cycle, sky dive, go karting, muay thai (Thai boxing) and paintball or take trips to nearby islands. There are a wide variety of golf courses around the area along with activities that include a wide array of water sports, golf, shopping, cabaret shows, an elephant village, and a Ripley’s Believe It or Not Museum, and this surely defines an action-packed holiday on this resort! There are thousands of beach chairs and umbrellas lining the shores, where vendors will cater from barbequed shrimps to a foot massage. Another major draw for visitors would be the wide selection of restaurants serving some of the freshest seafood and also an excellent selection of authentic foreign eateries serving French, Italian, Swiss, German, Hungarian, Scandivian, English, Moslem, Japanese, Chinese and Indian cuisine. In the aftermath of this excitement, try to catch some sleep at the hotel for the night!

After breakfast at the hotel, move around this island which is a province with a wealth of Buddhist temples, Chinese pagodas and Muslim mosques, magnificent mansions, rubber and coconut plantations with a vast span of thick forests in a refreshingly green landscape! Return back to the hotel and collect your packed baggage to board a flight back to your place of residence!

Bangkok has some excellent department stores and designer boutiques housed in upmarket complexes such as The Emporium, MBK or Siam Paragon and there are several sales around the year so  tourists can be sure of picking up a bargain in clothing, bags, accessories, home furnishings, wooden handicrafts, art curios, paintings, cosmetics, exquisitely studded silver, gold and diamond jewellery!   An escapade to Bangkok is not complete without experiencing the vibrant nightlife, during which time you may even witness the occasional elephant wandering the streets! The beach islands of Ho Huan, Phuket and Pattaya, that you disembark onto, are crowded with stalls selling seashells,  jewellery and art in mother-of-pearl,trinkets, clothes, belts, bags, curios and souvenirs and some outlets selling delectable foodstuff.

Thai cuisine blends five fundamental tastes, which are essentially, sweet, spicy, sour, bitter and salty.  Some common ingredients used include garlic, chillies, lime juice, lemon grass, and fish sauce.  The staple food in Thailand is rice, particularly known as Hom Mali rice which is included in almost every meal and also served in some quality restaurants. Considered an arena of delectable cuisine, Bangkok has innumerable restaurants with Thai, International and Indian cuisine to cater to travellers from around the globe. Otherwise there are restaurants serving a wide selection of snacks such as danish and croissant, fresh pasta, pizza, sandwiches, complemented by fruit shakes, liqueurs and evening cocktails.  The best "fried ice-cream" may also be tasted here. The Italian restaurants are acclaimed for serving very good pizzas and some catering outlets serve traditional English breakfast with eggs, Heinz baked beans, sausage, bacon, potatoes, mushrooms, black pudding, and English tea. There is an enormous variety of Japanese food consisting of sushi, ramen, and teppanyaki dishes, Chinese

consisting of dimsums, seafood, Cantonese, Sichuan, Shanghai, Taiwanese, teochew and vegetarian dishes, authentic fare from the West such as Belgian, Danish, Italian, Irish, French, German, Suisse, Spanish and European delicacies, besides Malayan, Indonesian, Mongolian and a huge Indian spread! The entire culinary range is clean and sometimes reasonably priced!  It would be a novice and enthralling to indulge in a treat from the hawkers lined up around the city and the beach resorts!

When you take our Thailand Holiday Package, you may be in time for the celebrations of their Songkran festival, similar to Holi, or their colourful Loy Krathong festival. They also have a ‘Rocket’ festival and a long-tailed traditional boat competition at end-September-beginning October. Thailand has an active nightlife besides a smattering of restaurants, cafes, bars, pubs, and roadside stalls. Excellent Thai seafood is served and authentic eateries serve European, Indian, Chinese and Japanese cuisine. There are world-class modern shopping centres and malls to keep shoppers busy, and you can get VAT refunds in Bangkok so keep your shopping receipts safe!